Infrastructure is Ready, Now It is Time for Economy

Yusuf Ziya Yılmaz, Mayor of the Metropolitan City of Samsun, stated that they have completed several infrastructure projects in Samsun and noted that now it is time for economic development and increased export and production.

Borsan Group was the host of the latest edition of the routine consultation meetings held by Yusuf Ziya Yılmaz, Mayor of the Metropolitan City of Samsun, and the industrialists from Samsun. Economic targets of Samsun were discussed in the meeting held at Yılka Cable Manufacturing Plant. 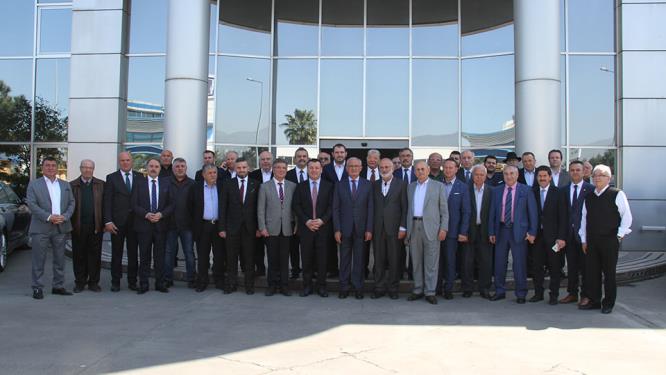 Unity is a Necessity

Having delivered the opening speech of the meeting, Adnan Ölmez, Chaiman of the Board of Borsan Group, said that the industrialist has long needed such unity and added: “Kadir Gürkan, General Manager of SAMULAŞ, showed up a couple of months ago telling me about the launch of this program by the Municipality of Samsun. Indeed, it was an interesting initiative and I was very excited. Just like you do, I visit all around Turkey. We are living in a unique city where the industrialists operating in the same sector have minimal communication. However, we need the collective intelligence and occasions where we share our experience with each other. Thus, I would like to thank our Mayor for facilitating such a gathering in our sector. God willing, this unity continues also in other platforms growing universally. We all know how important it is to share one’s experience and we appreciate the value of sharing in general. I would like to take this opportunity to quote from a recent research; it read, an individual needs a total lifespan of 820 years if he/she is to pay for experiencing every necessary aspect of life. However, given that we would live 90 years if we were lucky, it means that we are experiencing 9 out of 10 experiences without paying a price. Thus, such unity is very valuable and very important. I hope we will be able to take the vision of the Metropolitan Municipality to other platforms. I really appreciate the recent efforts of our Mayor. And I am glad to host you all here today. I would like to thank you for being here.” 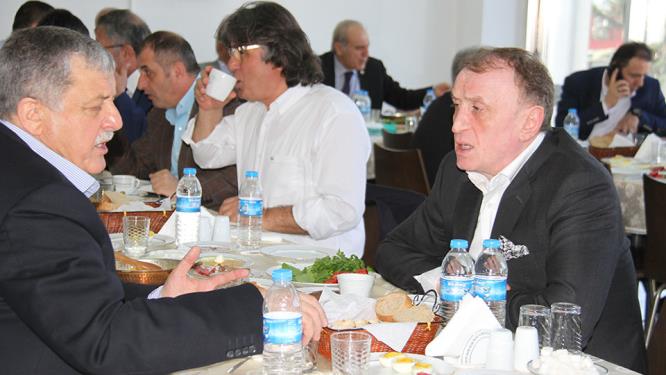 “It is not an easy task to export to 75 countries in 4 continents,” said Yusuf Ziya Yılmaz, Mayor of the Metropolitan City of Samsun, noting that Borsan Group is not only making us proud in Samsun but also the others from other cities of Turkey. To be competing in the lion’s den, to be awarded these certificates, and to proceed in this dog-eat-dog world is not an easy task. I would like to say congrats to Mr. Ölmez, his family and his partners. I hope his success will grow. Our country and our city flourish as they make profits. We have such an assembly here that our city will benefit from their collective gaining. And our nation will benefit as our city grows. Growing businesses translate into great benefits for a nation and humanity. Increased welfare is valuable for the people. Who would suffer damages from increased welfare, anyways? When people are content with their lives, when they are better able to provide for themselves and their families, when they earn more, then, it means that we are successfully contributed to the wellbeing of the people. This is what we have been working for,” he added. 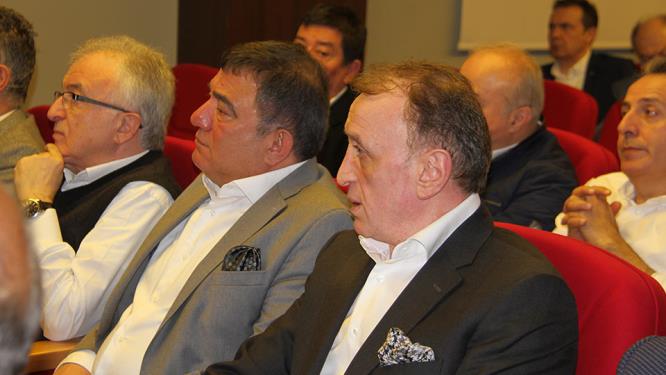 Having mentioned the recent meeting he attended in Samsun, Regional Development Meeting, “16 cities participated in that meeting,” said Mr. Yılmaz. I took notice that all the cities are looking for development and financial investments. Some need time to develop at the national level, while others are at the verge of full development. And there are those who need the last touch at the verge of full development. Samsun is a city right at that verge, and it needs the last touch. On the other hand, Samsun has an advantage over the others when we evaluate their progress. We have come so far. We had our urban infrastructure completed. With your help, we have restored the city in the last 10-15 years. From transportation to environment, health to education, we solved any problem where we were able to spot it. Now, we need a East-West beltline. And our government needs to attend to this need as part of the next development plan. What we have achieved so far will be sufficient for a while. We are now at the point of saying that ‘we need to invest our money into the development of our industrialist, and the increased production and export’. I would like to start focusing on these projects. For a while now, I have been putting the infrastructure projects on hold, unless they were not pressing needs,” he explained. 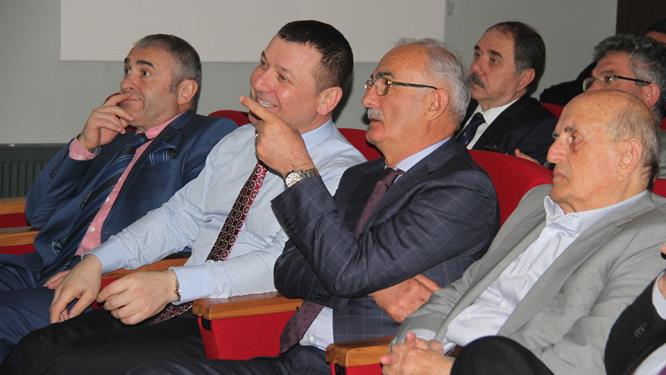 Trade with Russia is Important

Mr. Yılmaz, Mayor of Samsun, stated that it is not an easy task to increase trade volume, and that Samsun needs to achieve this goal and added: “I am aware that the Russian market is unstable. However, we see that both leaders are placing importance on improved relations. I asked Mr. Elvan, the Minister, if the visa regime between Russia and Turkey was being addressed. He called Mevlüt Çavuşoğlu, Minister of Foreign Affairs, right away. Mr. Çavuşoğlu said that the negotiations are at a good point, however, some time will be needed. Russian visa is an important issue for us. We need to be able to make business in Russia. We really need to trade with the other side of the Black Sea.”

A Q&A session was held after the speeches. After the Q&A session, Mr. Yılmaz visited the Yılka Cable Manufacturing Plant with the industrialists and he was informed about the operations by Mr. Ölmez.

Borled Products are Ready to Win Over Europe

Borled Products are Ready to Win Over Europe Market leader in…